Esherick at the New Jersey Shore 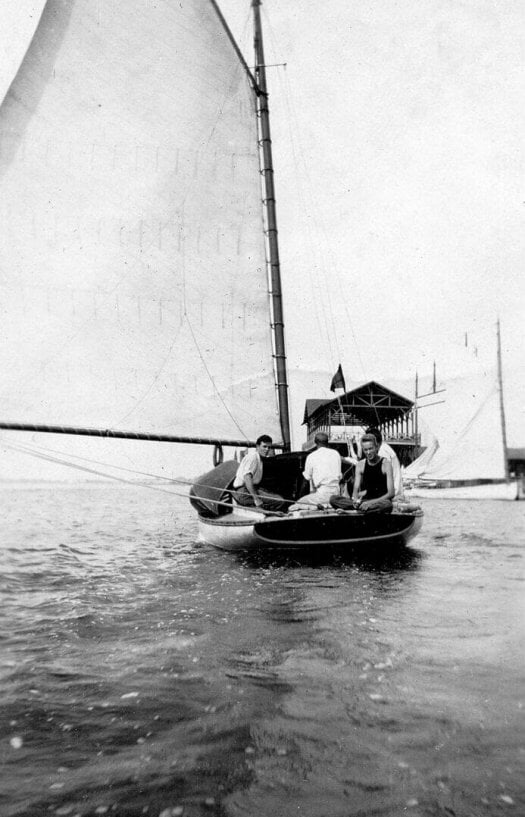 As vacationers of all stripes steal off to the Jersey Shore this time of year hoping to seize a few last days of carefree summer fun, we’re excited to highlight Esherick’s own special connection to the New Jersey coastline. Captured in numerous woodcut prints, sketches, and watercolors — and in the furnishing of the Studio itself — the Jersey Shore and Esherick’s experiences there left a lasting impact on his artistic voice.

Born and raised in Philadelphia, Esherick’s family was like many others who have made their way to the Shore for generations. Esherick and his brothers taught themselves to sail at Longport and later he would return with friends to Barnegat Bay. After high school, Esherick also traveled to Europe by cattle boat, working for his passage. When he married Leticia Nofer in 1912, what was the honeymoon? A three-week cruise around the New Jersey shoreline and up the Hudson River on a borrowed motor sailer. The open water had clearly captured Esherick’s heart. 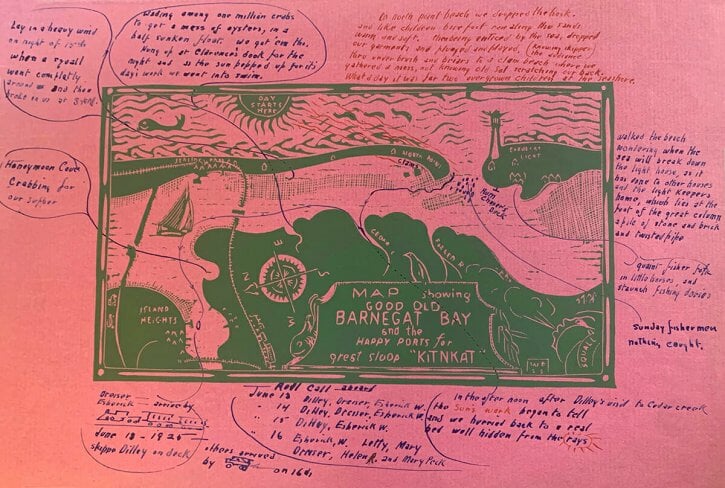 What was Wharton up to at the Shore? In addition to sailing, his notes and sketches from various trips mention crabbing, swimming, and sunbathing. In one particularly charming woodcut print, Esherick depicts a map of Barnegat Bay with a bright sun, train tracks, sailboat, happy whale, and lighthouse all represented. After a trip to the area with friends, including famed American author Theodore Dreiser, Esherick annotated the print to create a journal of their adventures. Handwritten notes mention getting “a mess of oysters in a sunken boat” or running “like children, barefoot” through “the sands warm and soft.” Many times, Esherick was sketching on these trips. Subjects that captured him included the landscape, fishermen, and sights that tourists still flock to today like the Barnegat Lighthouse. Esherick’s lighthearted humor also appears in these Shore sketches; in Henry Crabbing, artist and close friend Henry Varnum Poor is having a bit of an adventure of his own! 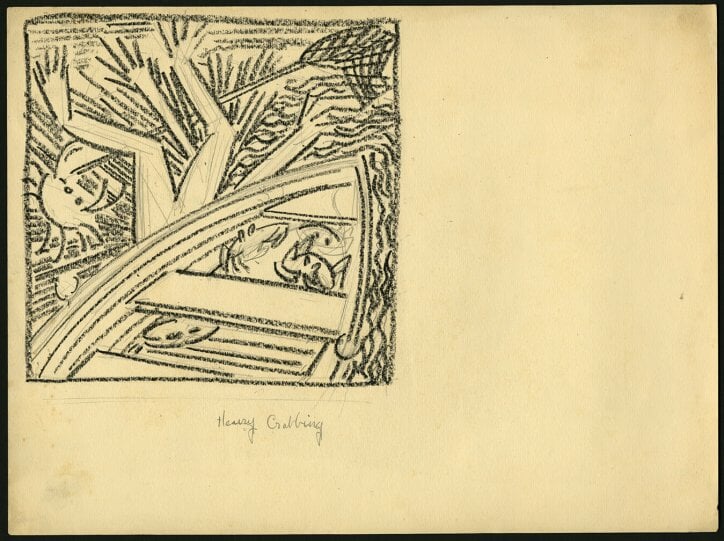 Back on land, much could be made of the influence of boat design on Esherick’s approach to furniture making. Themes of sailing show up throughout the Studio in architectural touches including the wood lip around the kitchen shelves and counter, which resemble those found in boats, to Esherick’s swinging lamps with long wooden armatures reminiscent of a sailboat tiller. The pair in the Studio gallery, Port Swinging Light and Starboard Swinging Light, playfully reference the system boats use to safely navigate in and out of a harbor with one lamp sporting a red cord and the other, green. 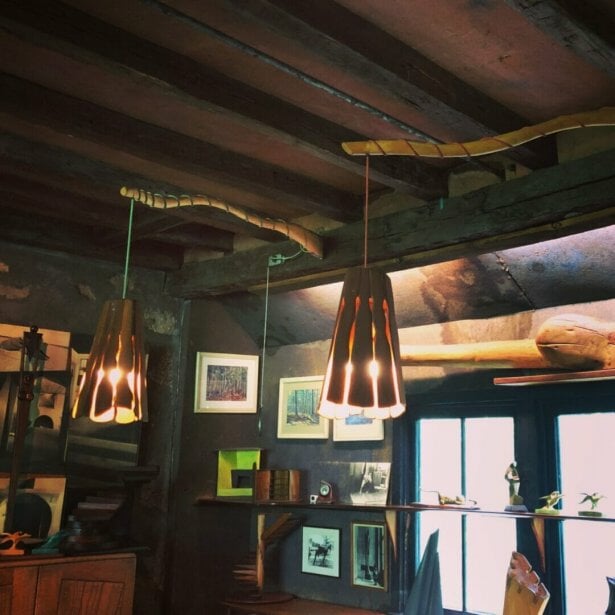 We can understand Esherick’s efficient use of space and beautiful curving woodwork as echoing signature aspects of boat interiors even though Esherick left us no treatise on boat design in furniture making! Rather, these influences were absorbed over a lifetime of experience, careful observation, and appreciation.

If you’re headed to the Jersey Shore this weekend for one last hurrah of summer fun, be sure to take a look around for the sights and sounds that may have called to Esherick’s creative mind — or his sense of adventure!