WEM at Fifty: A Reflection on Our Founding 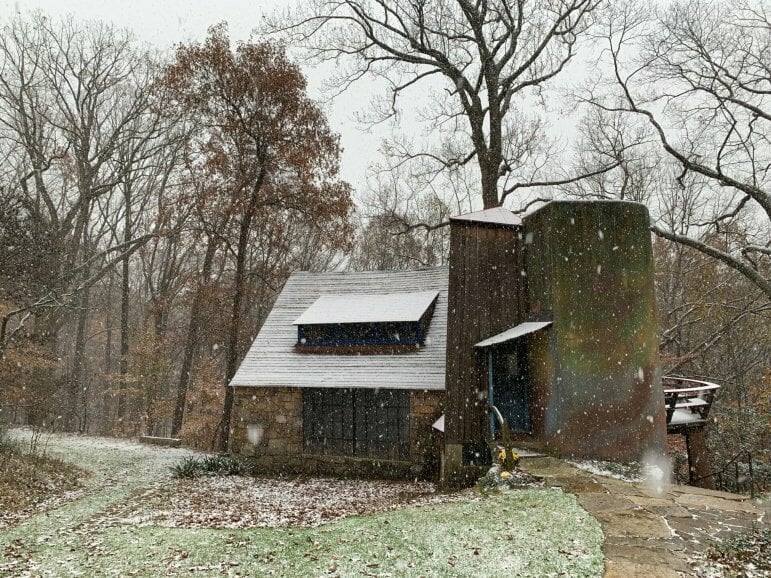 The first meeting of the Board of Directors of the Wharton Esherick Museum took place over the wintry weekend of February 19 and 20, 1972. The agenda for this inaugural gathering – a document that we serendipitously rediscovered during this, our 50th anniversary year – included identifying a date for the official opening and dedication ceremony, the election of officers, a plan for raising funds and, perhaps most importantly, the last agenda item of “how much to exhibit and how to protect items.” Fifty years in, this unassuming piece of yellowed paper has a certain aura to it as a founding document, a touchstone to the passionate group that first stewarded Esherick’s legacy. The question of how to protect and preserve the items on display, and the Studio itself, remains our most important and pressing work. 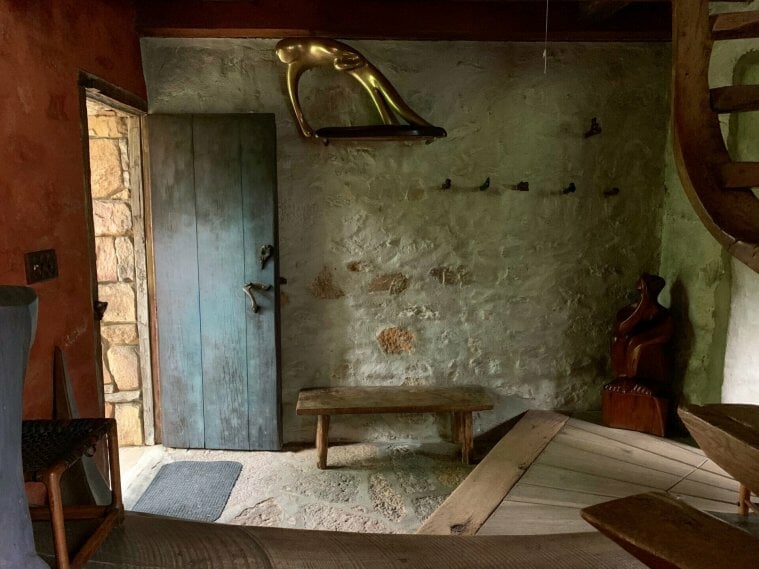 Inside the front door of the Studio

When discussing the relationship of the Studio to its setting atop Valley Forge Mountain, it is often noted that the building reflects the shapes and planes of the natural elements which both surround it and are incorporated into its construction. Nature serves as both a backdrop and a prominent ingredient of this contemplative and grounding space. The Studio with all of its seemingly disparate shapes, evolved over 40 years, manages to present as a cohesive and delightful design – a structure which one could imagine has sprouted organically from the hillside without the involvement of architect, or artist. 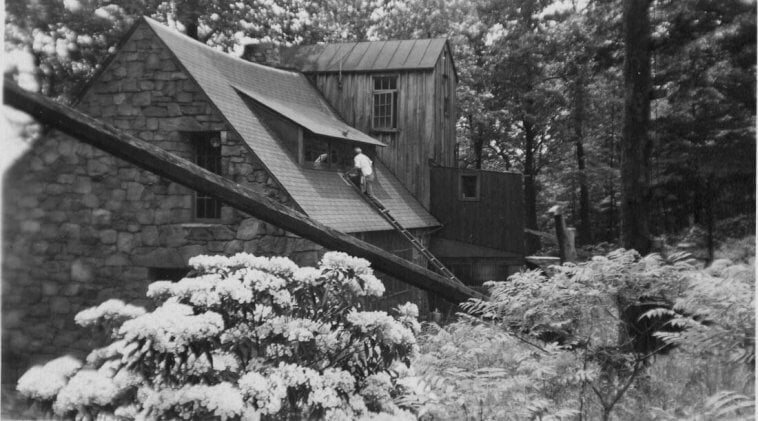 Esherick painting the roof of the Studio, n.d.

As the star of our collection and a structure unlike any other, the Studio demands a singular approach to maintenance and preservation. Seemingly straightforward tasks such as repointing a chimney or replacing a rotting board, require an additional layer of artistry, as well as skill. The nature of preservation work indicates a static state, but every step we take to care for the buildings, and the objects within, has a dynamic quality to it as well. We are best able to accomplish this work when we do so with creativity, community, and a deep appreciation for the imagination, adaptation, and simple solutions that Esherick found in the natural world around him. 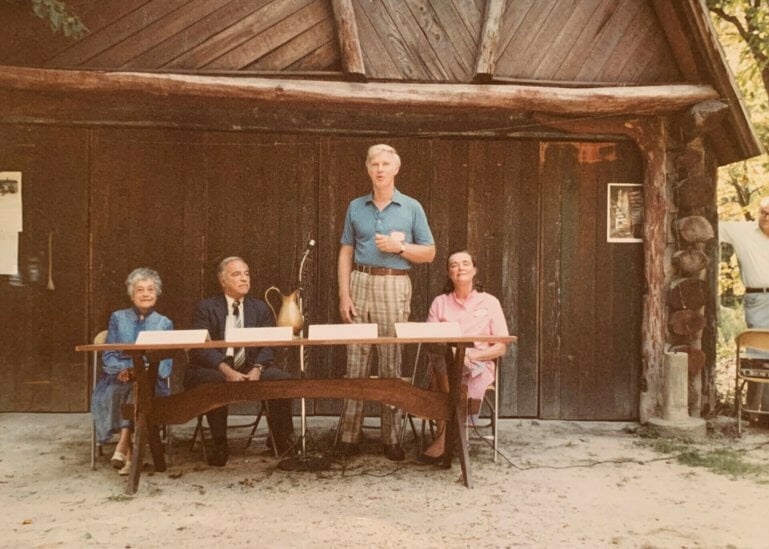 Much like the group of people who gathered here in February of 1972, we feel tremendous passion, commitment, and privilege to be among the stewards of the life story and creative output of Wharton Esherick. The group who gathered in the Workshop building that weekend consisted of family and friends of Esherick, and I consider the thousands of visitors we have ushered through the museum since an extension of that group. The onrush of emotion felt by those seeing the Studio for the first time is equal in measure to those who have seen it time and time again. And that is why we build upon the work of that dedicated group who, fifty years ago, knew that the true building materials of the Wharton Esherick Museum – the creative energy, natural harmony, humor, joy, and human expression – must be preserved and shared with the world.