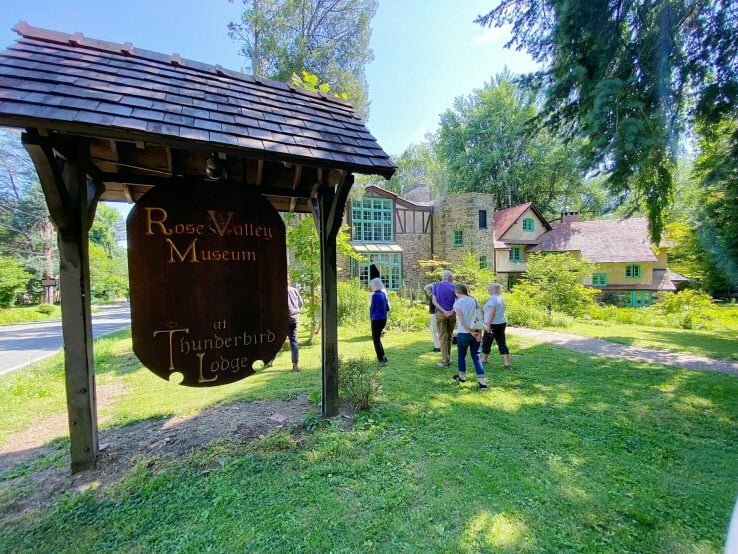 We were excited to take our first volunteer field trip since before the pandemic this summer, with a journey to the Rose Valley Museum at Thunderbird Lodge. Located roughly 15 miles from the site where Esherick would make his home and studio, Rose Valley, PA was founded in 1901 as an Arts and crafts community led by architect William Lightfoot Price. Influenced by progressive thinkers of his day including John Ruskin, Henry George, and William Morris, Price sought to create a place that rejected the harried productivity brought about by the Industrial Revolution in favor of a hand-built life close to nature. 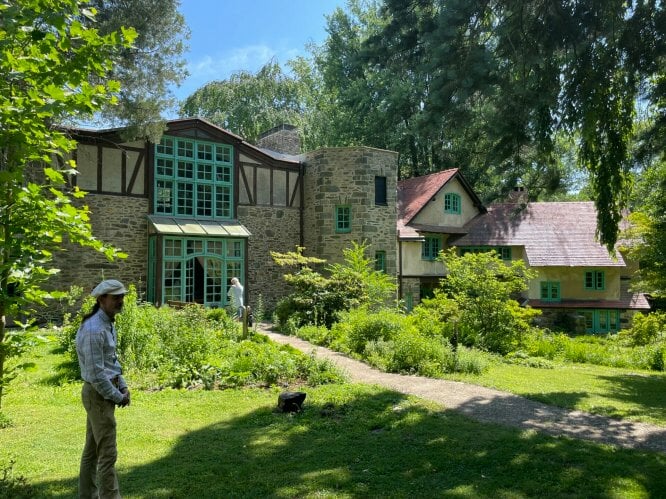 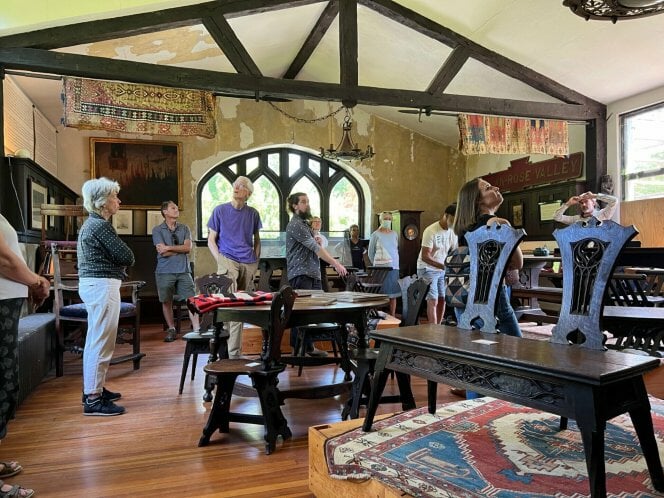 Our tour of the interior at the Rose Valley Museum 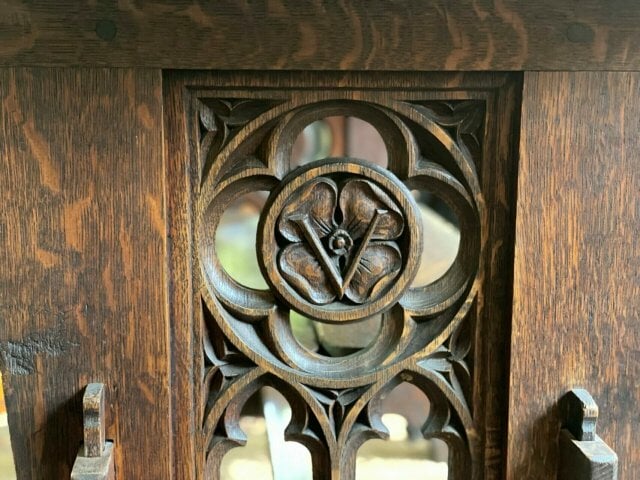 Price transformed the former Rose Valley textile mills into his utopian vision, creating a unique series of buildings that merged his own brand of architecture with the existing historic structures. The community, which included homes and studios as well as a furniture shop, pottery shop, and press, was a hub of creative and progressive thinkers, whose interests expanded beyond the arts to issues of economic and social justice. Esherick and his family found their way to Rose Valley, drawing inspiration from the Arts and crafts philosophies embodied there in their own pursuit of a creative life close to nature, and remained a presence in the community throughout their lives.

During our visit WEM staff and volunteers were hosted by the all-volunteer staff of the Rose Valley Museum which resides in the incredible Thunderbird Lodge, designed by Price as a studio house for Alice and Charles Stevens. There they steward the legacy of Will Price and the entire Rose Valley community, housing a collection that includes Rose Valley furniture, artworks, ceramics, copies of Rose Valley’s philosophical craft publication, The Artsman, and other objects and ephemera related to their history. Esherick is also represented in their collection including two Hammer Handle Chairs and a wonderfully hefty modernist picnic table used at Hedgerow House, where the company lived, for decades. 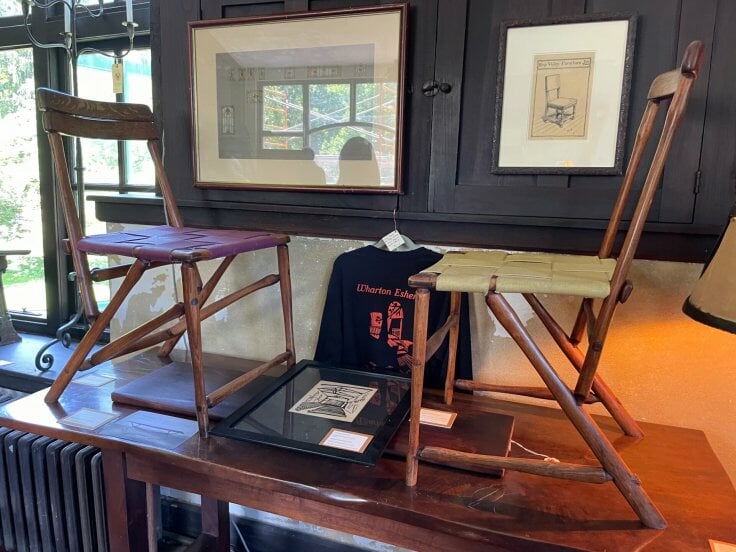 Esherick and his family were particularly connected to the Hedgerow Theatre, relishing the avante garde productions of the theatre’s founder and director Jasper Deeter. The Esherick’s lives were interwoven with Hedgerow, with Esherick creating numerous furnishings, set, show posters, even staircases for the theatre, and his daughters Mary and Ruth contributing both onstage and off to the theater’s operation. 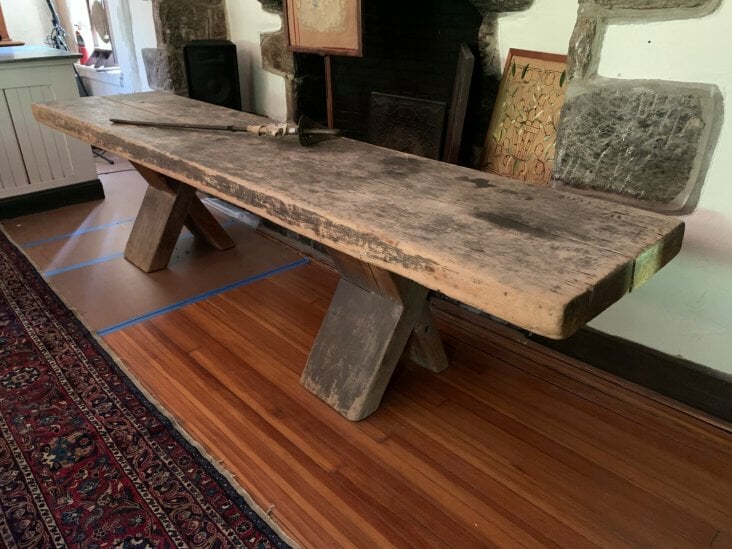 A picnic table made by Esherick for the Hedgerow House, now part of the Rose Valley Museum collection 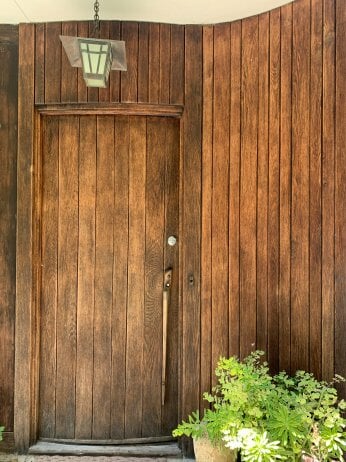 A front door and entryway by Esherick at the Miliken House

We were delighted to find the guides for our visit included folks who had known Esherick and Letty and their children personally. In one anecdote our guide, Morris, described how Esherick instructed a client to care for one of his dining tables – after dinner just dump the salad bowl over and rub in the dressing. Others shared their connections to Letty through the Hedgerow House where she lived alongside the actors and her daughter Ruth, for many years.

To our surprise we also received a generous invitation by Rose Valley neighbor Andrew Freeborn to visit his home, the Miliken House, while we were next door. The first modern house in the area, Esherick was commissioned by the original owner Harry Miliken to create extensive interior features ranging from cleverly designed kitchen cabinetry, a fireplace, and angular bathroom sinks, to a curving sofa and other one-of-a-kind furnishings. We were absolutely delighted – and so grateful – to experience the Esherick elements that remain part of the home today. 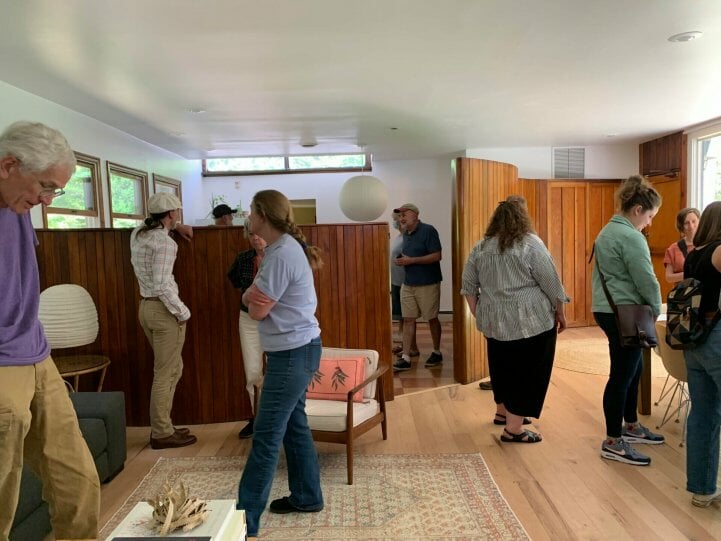 The last stop on our trip was a visit to the School at Rose Valley, where a replica of Esherick’s sculpture “Cheeter” stands. Cast from one of two wooden horses that flanked the Hedgerow’s entrance for many years – and in that time became a favorite among the local children – this bronze version was commissioned to ensure that kids in the neighborhood today can still climb up for a ride! 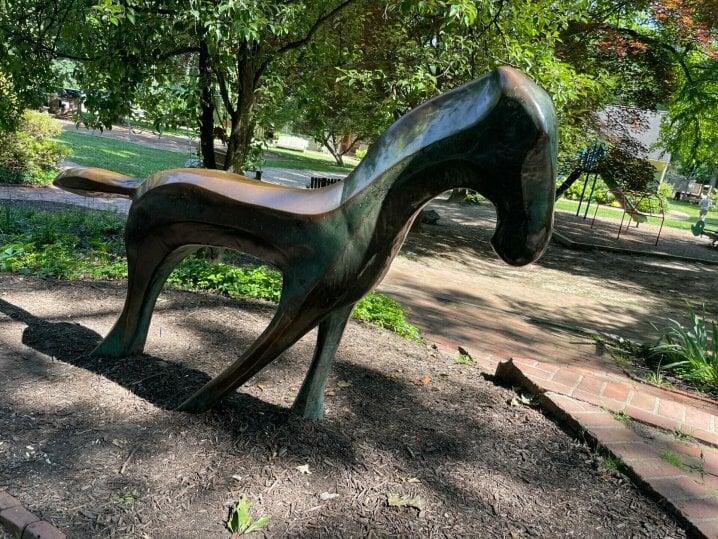 Replica of Esherick’s sculpture, “Cheeter”, located outside the School at Rose Valley 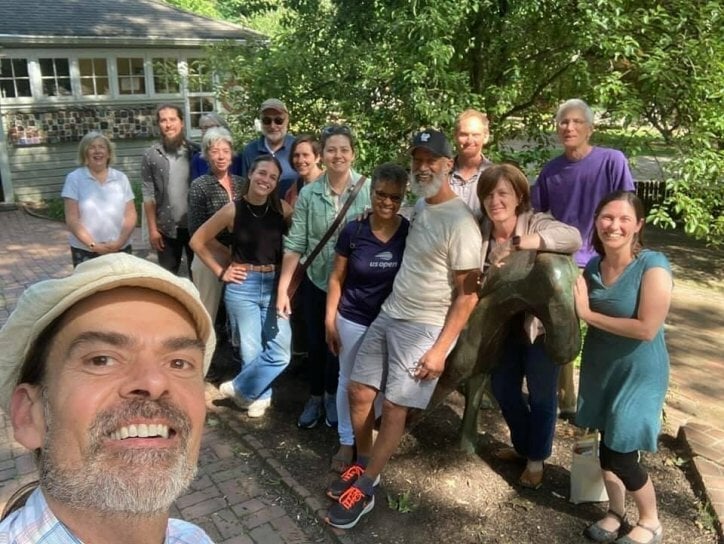 WEM volunteers & staff, volunteers from Rose Valley Museum, and Director of Hedgerow Theatre take a selfie with “Cheeter” at the end of our tour!