Gifts in the Studio

Tucked among the handcrafted furniture and fixtures of Esherick’s Studio are those few items not made by Esherick himself – the gifts given to him! Like many of our homes, these gifted objects find their way into the aesthetic rhythms of our interior life, highlighting connections to friends, and offering a lens into how our interests and personality are perceived by others. With the season of giving upon us, we’re sharing here the stories behind just a few of the gifts found throughout the Studio. 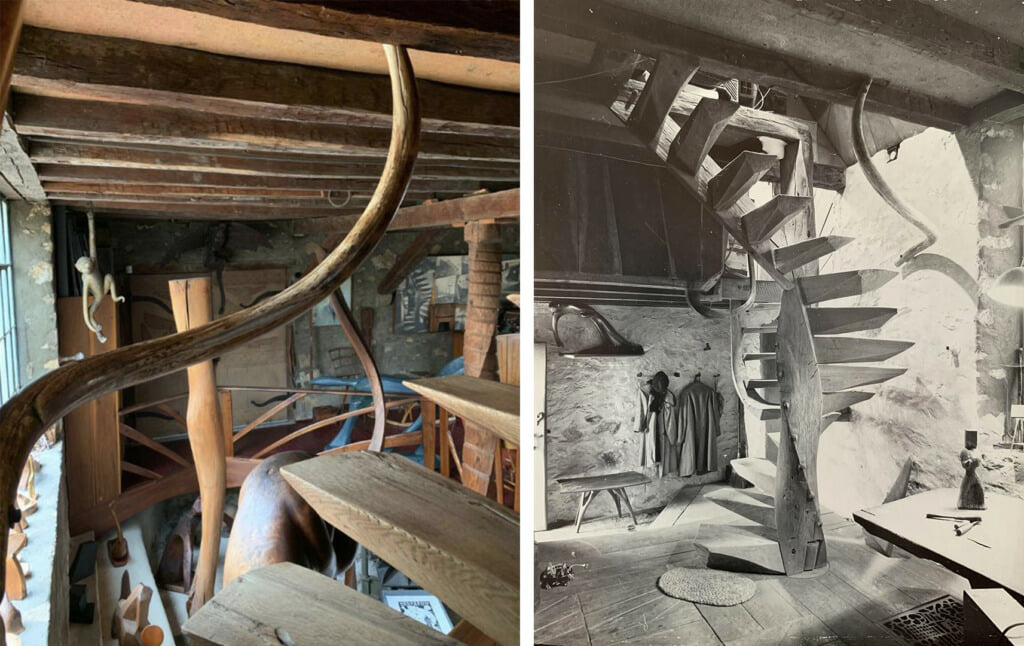 In 1930, Esherick added a spiral staircase to his Studio, which remains one of the most iconic elements of the building. Prominently incorporated into these stairs is a mastodon tusk handrail, a gift from Charles Schmidt, the son of Esherick’s friend and collaborator John Schmidt. While working in Alaska in 1954, Charles and his co-workers found the mastodon tusk. As told in his oral history with the Museum, “It was bigger than what’s here. I’d say it was six feet long… some of the fellows wanted part of it, and they cut pieces off. They said, ‘You want it, take it.’ That’s when I brought it down. I had no idea what I was going to do with it.” Charles ultimately brought it to Esherick, thinking he might find a use for it. Its place within the staircase highlights Esherick’s willingness to let his surroundings grow and accumulate organically and his openness to seeing his own work adjusted and amended over time. 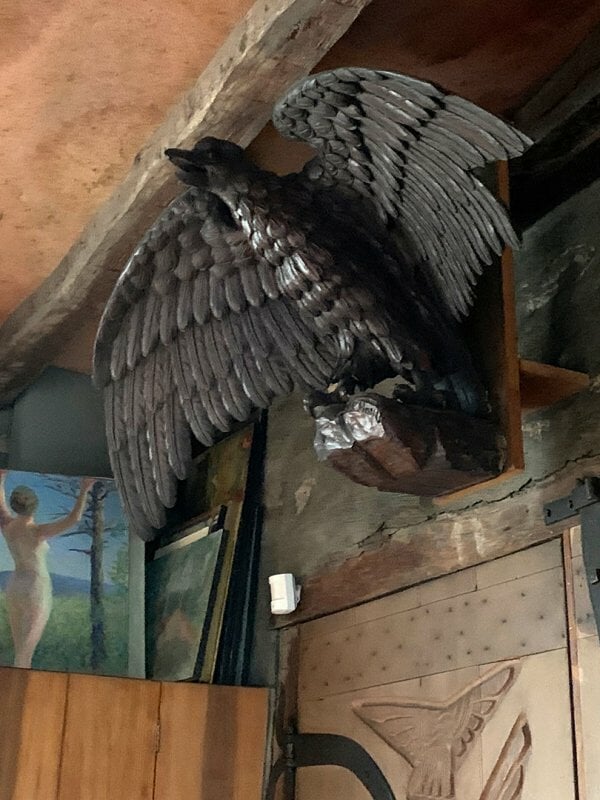 A carved eagle, with wings outstretched, perches above the Studio loading doors.

Many guests to the Studio are quick to question whether the carved eagle over the loading doors was made by Esherick. Its more traditional style jumps out, and they are right – it is not an Esherick, but rather a gift from Harold Mason, owner of the Centaur Press (which published several books illustrated by Esherick), and Manager at one time of the Academy of Music in Philadelphia. The eagle once stood along with others at the Academy of Music, as told by Mason in his oral history with the Museum. Mason described, “One eagle was over the door of the amphitheater which was the second balcony of the Academy, the other was over the third balcony, and they were part of the old wooden stairs. And I’ll never forget my first day as manager of the Academy when I heard kids coming down – we had a little fire in the women’s room all the way up top, and the kids came down, children most of them, hopping down the wooden stairs.” These stairs would be replaced with a new fire safe version, at which time, “Wharton decided that he’d like very much to have one of them and I decided that I would like to have the other, so we divided them, and Wharton’s eagle is still visible in his place and mine is actually taking up my entire porch.” Not only did this eagle provide good company for Esherick’s own carvings and sculptures of birds, but as an avid admirer of classical music it must have been very special for Esherick to have a piece of the Academy in his own home. 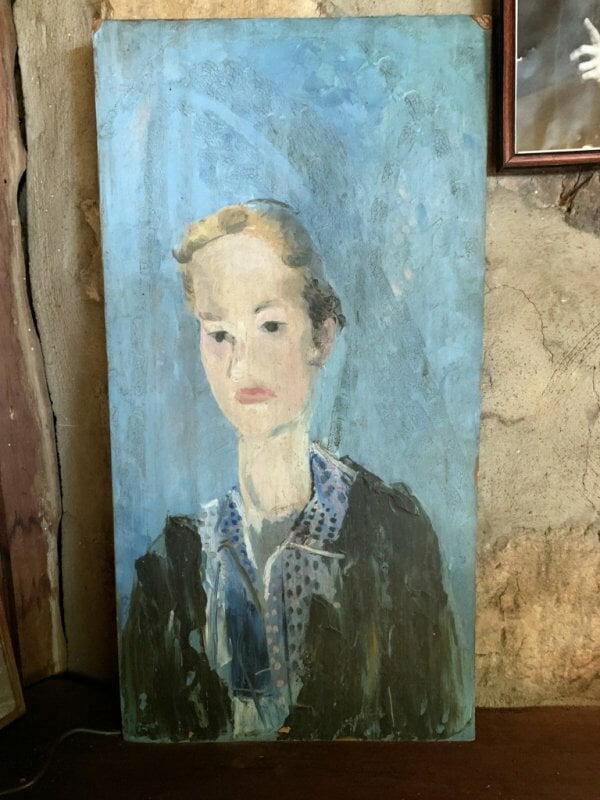 In the comfortable, intimate space of Esherick’s bedroom we find numerous gifts, including this oil on panel portrait of Esherick’s daughter Mary by the modernist painter Janice Biala. Biala began a relationship with the British author Ford Madox Ford after meeting in Paris in 1930, and, on the recommendation of Esherick’s friend Theodore Dreiser, made their way to Paoli in 1934 to spend a few weeks with Esherick and his family at Sunekrest. During their visit, Biala explored woodcut printmaking, with Esherick’s guidance, and continued her painting. Meanwhile, Ford worked on his novel Great Trade Route which would be published in 1937. The painting of Mary remains on view in Esherick’s bedroom, perhaps a gift of gratitude for their stay, though it may not be a finished work by Biala’s thinking. In a letter dated February 6, 1937, Ford wrote to Esherick proposing yet another artistic connection (that he host the artist Ossip Zadkine at his Studio) and tagged onto the bottom the request that, “Janice wants to know if there’s any way of getting the picture of Mary over so she could finish it in time for her exhibition.” A favor that may never have been fulfilled!

For more insights into gifts throughout the Studio, check out our December Spotlight Talk:

Explore other Past Programs here.