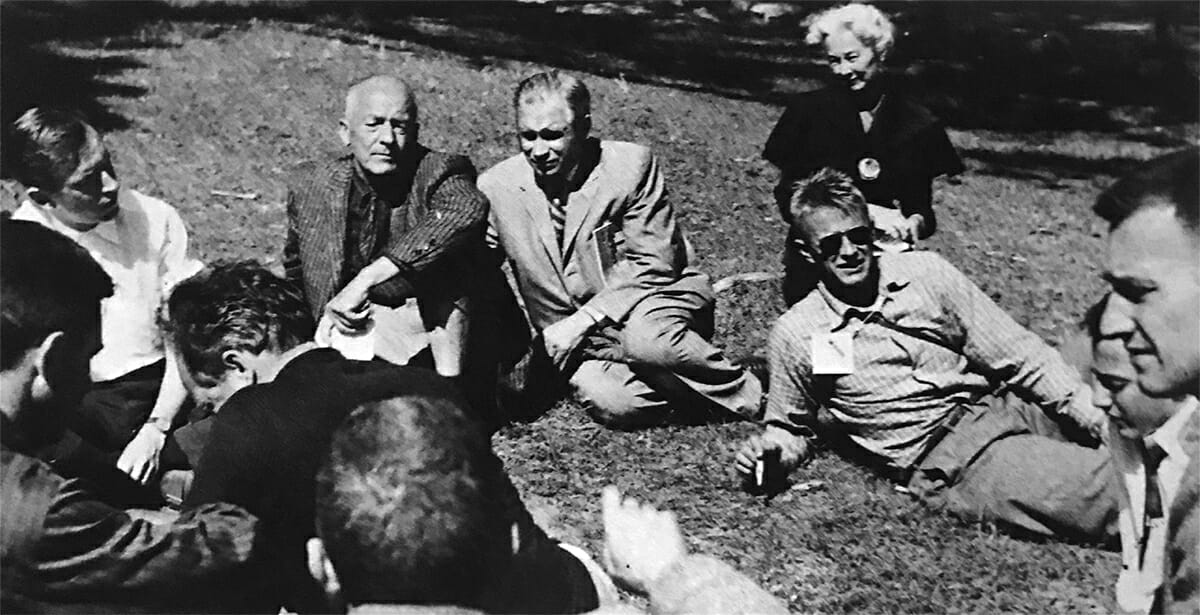 In 1957, the American Craft Council, which was founded in 1943 by Aileen Osborn Webb, held its first national conference for craftspeople. The conference at Asilomar, on California’s Monterey Peninsula, gathered together artists, designers, and craftspeople from across the country. The event wasn’t just to afford makers the chance to meet and exchange ideas, but also to pry open the question of what it meant to be working in craft at that moment and form an understanding of craft’s role in contemporary society. Present at this three-day convergence were craft and design visionaries that we quickly recognize today: Anni Albers, Jack Lenor Larsen, Lenore Tawney, Peter Voulkos, Charles Eames — just to name a few — and Wharton Esherick. 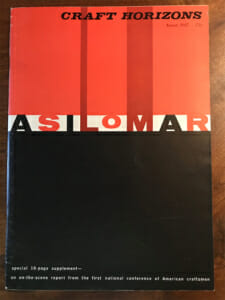 The Wharton Esherick Museum archives and those at the American Craft Council Digital Library illuminate the relationship between Esherick and the ACC.

Esherick was turning 70 when this conference came around and had already carved out a life for himself doing what he loved — and redefining art, design, and furniture to his own specifications along the way. He was an elder of sorts among the crowd and, according to Craft Horizons July/August 1957 issue, an ‘advisor’ to the speakers on the Wood Panel, which also included Tage Frid, Lee Du Sell, and Lawrence Peabody. Sam Maloof would later recall with appreciation the words of advice and encouragement he received from Esherick at Asilomar. Craft Horizons magazine recapped the event, reflecting that “the typical professional craftsman attending the conference seemed a person who had set himself a goal and this goal had little to do with fame or fortune but centered squarely on the craftsman’s personal way of life.” Esherick could certainly relate.

Esherick was interested in the ACC’s emergence and influence on the world of craft, and those working at the ACC recognized Esherick as a vanguard in the fields of craft and studio furniture. Most prominently, the Museum of Contemporary Crafts (MCC), a newly-formed institution (1956) affiliated with the ACC and now known as the Museum of Arts and Design (MAD), invited Esherick to be the subject of its first major solo retrospective of a living artist. The Furniture and Sculpture of Wharton Esherick (December 1958 – February 1959) included ninety works by Esherick representing the breadth of his career to that point. Esherick’s work was also included in the Museum of Contemporary Craft’s group exhibition Furniture by Craftsmen in 1957, and, through the curation of the ACC, exhibited at the 1958 Brussels World’s Fair. Esherick also served as a juror for Young Americans, a major 1958 exhibition spearheaded by the ACC that aimed to recognize new talent in the field for artists 30 and younger. Within the span of just these two years, it’s clear the ACC recognized and elevated Esherick’s legacy in lasting ways. 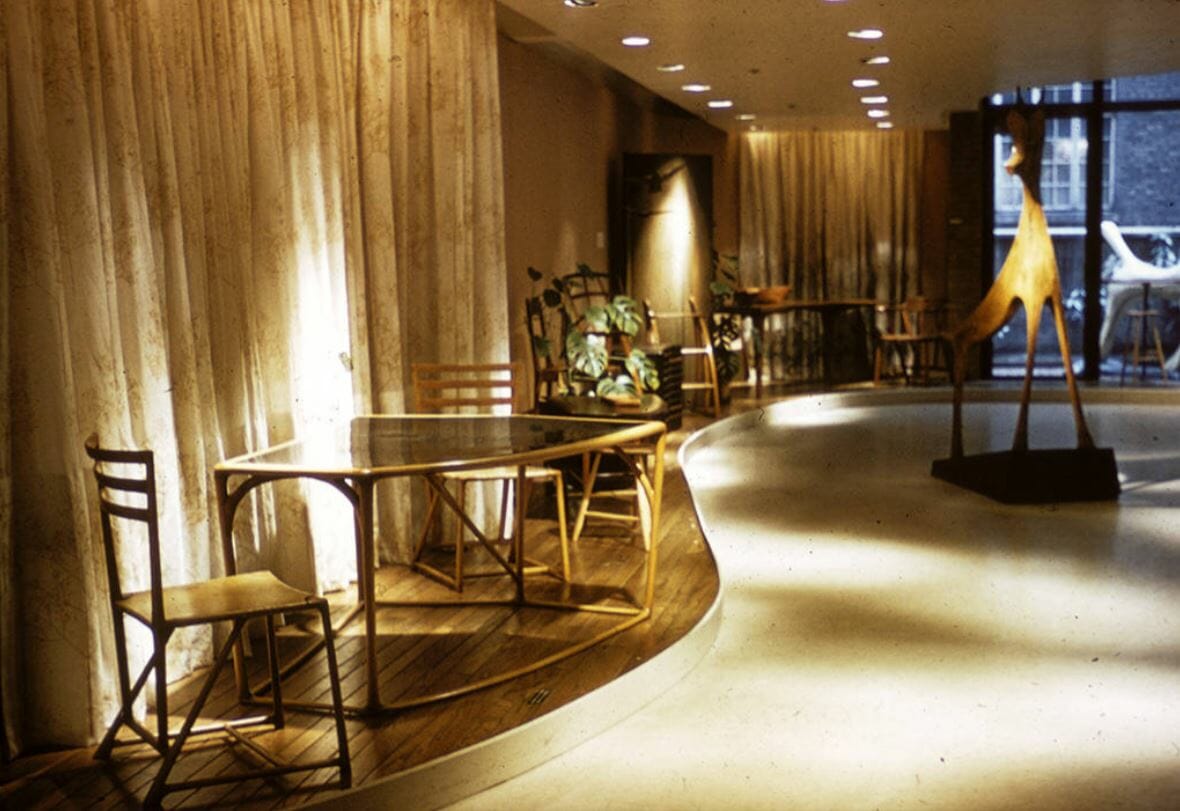 The archives here at the Wharton Esherick Museum, as well as those at the ACC Library & Archives Digital Collections, illuminate this relationship and reveal a bit of Esherick’s humor and personality. In one note to Robert Laurer, Assistant Director of the Museum of Contemporary Crafts, Esherick launched into his confusion, “One day last week I received a check for one hundred dollars from the museum, with no note, no letter — no nuthin’ –.” In another letter Esherick (as he so often did) convinced MCC Director Thomas Tibbs to visit him in Paoli and see his Studio, “I am sure you will find it more satisfactory than my seeing you in New York…” One can only imagine Tibbs’ response when he first stepped foot in the Studio. 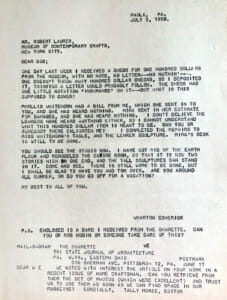 Letters from Esherick provide glimpses of his personality along with references to his career and Studio.

At that first American Craft Council conference, makers of all disciplines responded to the unique challenges and calls of craftspeople in society asking questions about their place in industry, art, and culture — questions that remain relevant today. As we continue to mine these resources and reflect on Esherick’s relationship with all aspects of the American Craft Council, we’re excited to host a conversation with ACC Digital Collections Librarian Beth Goodrich on June 10th. In this virtual program, Beth will share Esherick-related highlights and craft connections from the ACC’s expansive archival collections.