The Wharton Esherick Museum (WEM) is delighted to announce the receipt of a $10 million endowment gift from the Windgate Foundation. Returns from the investment of the gift are projected to provide income that will support the Museum’s annual operating budget at a time when cultural organizations of every size are grappling with the effects of the COVID-19 pandemic.

The unexpected gift demonstrates the impact that one philanthropic act can have on preserving a singular example of American cultural heritage. A longtime supporter of the Museum and a champion of American craft, the Windgate Foundation purposely bestowed this gift during a challenging time. “Windgate’s partnership with the Wharton Esherick Museum began in 1996 and over the years we have been increasingly impressed with the varied programs, tours and educational opportunities they have offered,” comments Pat Forgy, Executive Director of the Foundation. “The endowment gift is a culmination of our many years of working together and shows our trust in the staff and board and their future vision. It is our hope that this gift will inspire others to show their support for this exceptional Museum as they prepare to expand over the coming years.” 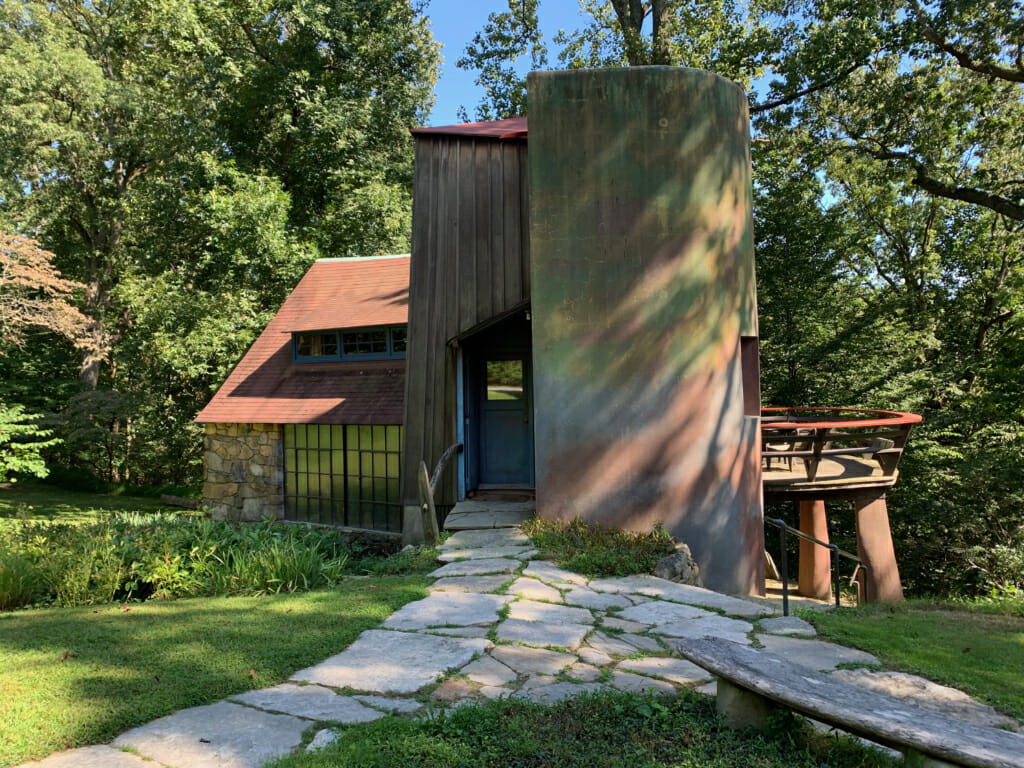 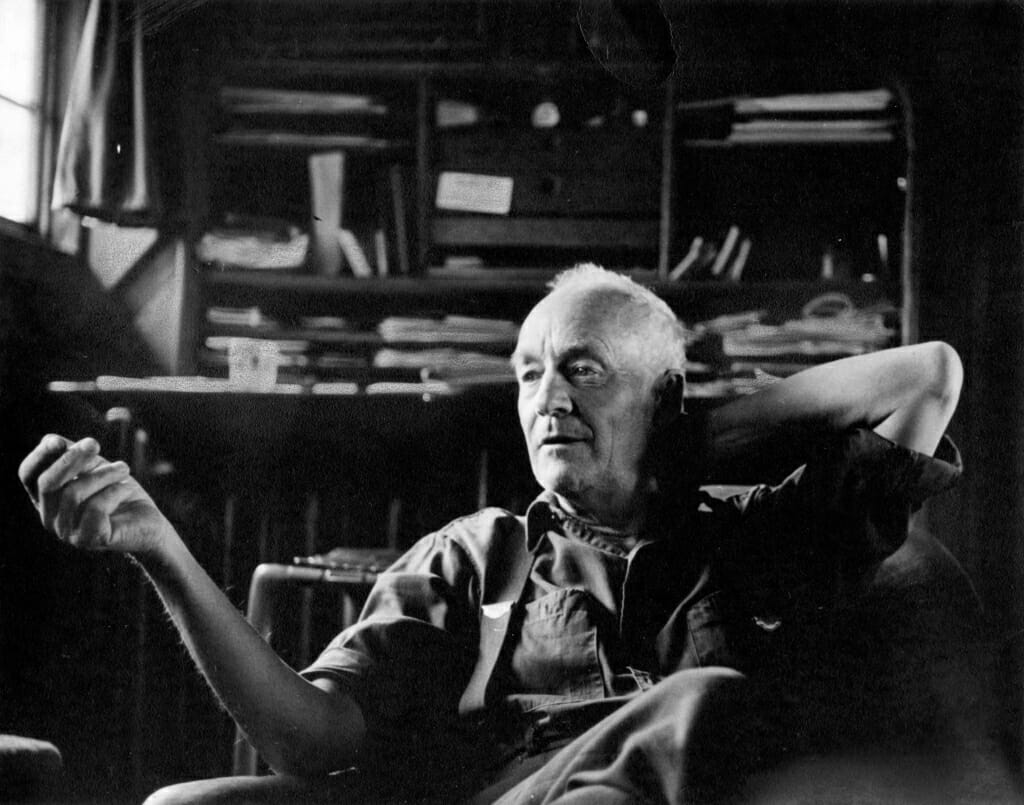 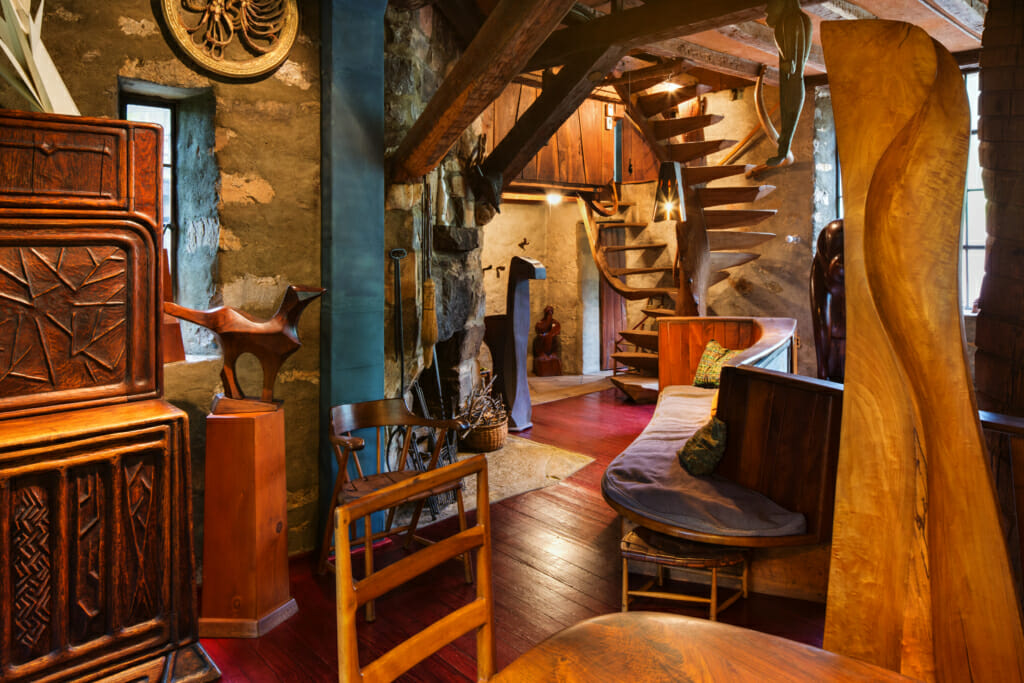 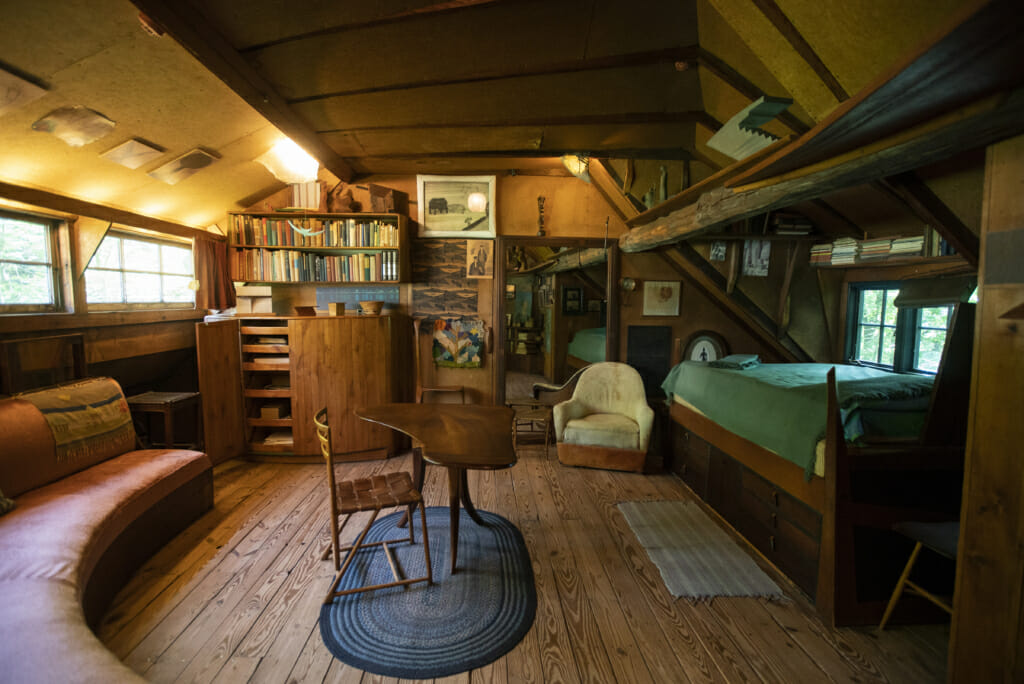 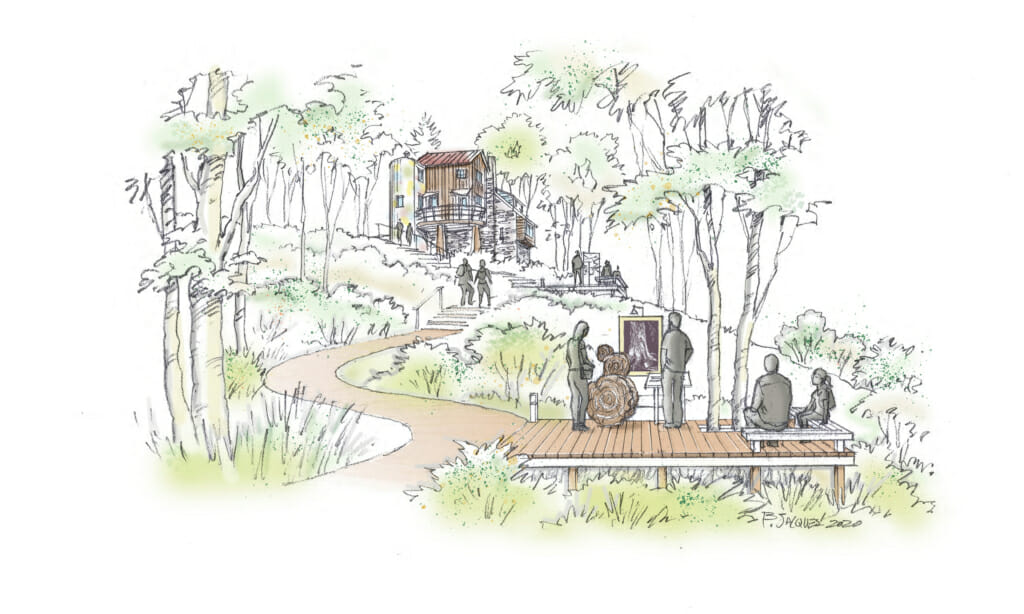 Sketch of the proposed “Ramble” path connecting the upper and lower campus. Image courtesy of the Wharton Esherick Museum. 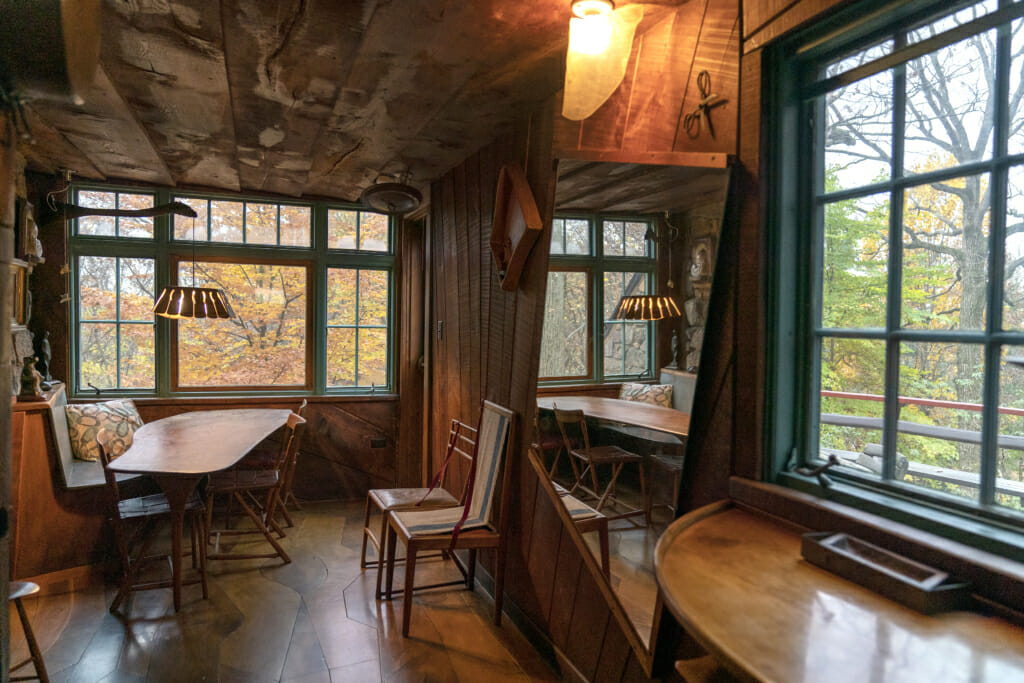 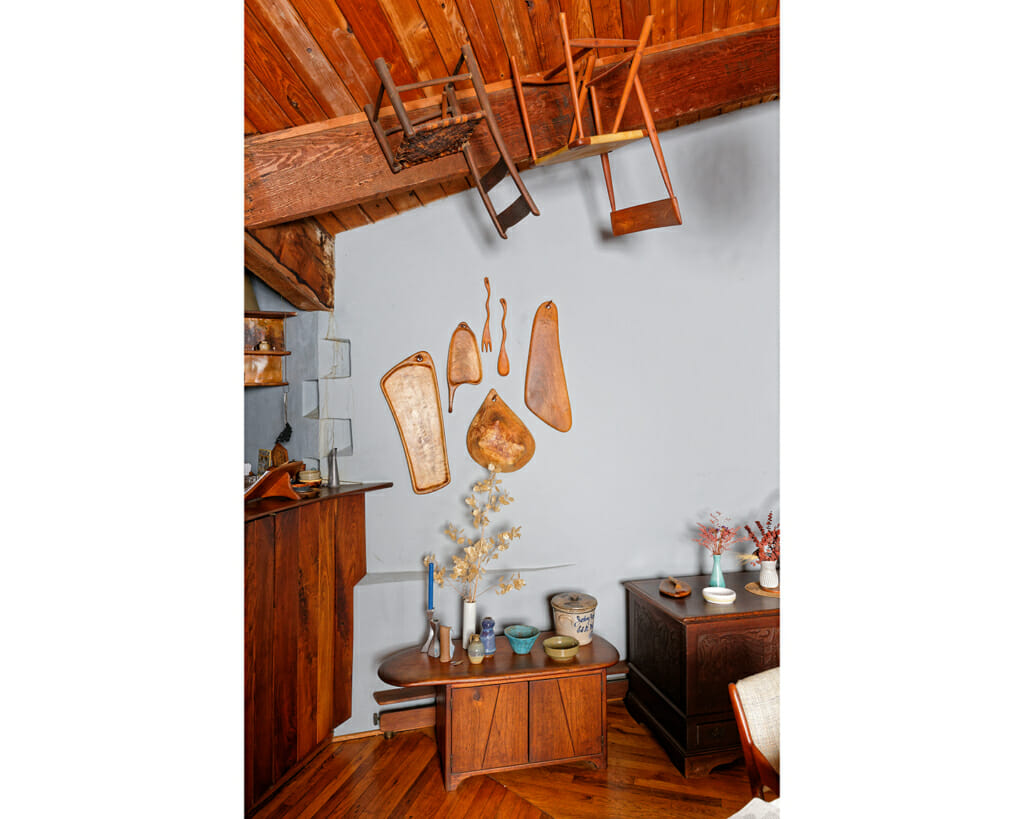 Esherick’s work on display in the 1956 Workshop. Photo by Eoin O’Neill, courtesy of the Wharton Esherick Museum.

1913 – Wharton and Letty Esherick purchase an 1839 farmhouse on a five-acre farm they name ‘Sunekrest.’

1956 – The Workshop, co-designed by Wharton Esherick and Louis Kahn is built.

1966 – Esherick adds his final addition to his Studio, a curving concrete and stucco “silo.”

1970 – Wharton Esherick passes away at the age of 82. Mansfield “Bob” Bascom and Ruth Bascom convert the 1956 Workshop into their home.

1972 – The Wharton Esherick Museum is founded.

1973 – The Studio is added to the National Register of Historic Places.

1993 – The Museum is recognized as a National Historic Landmark for Architecture.

2014 – Sunekrest property is reacquired by the Museum.

“To say we are excited, and humbled, is just the beginning. Being able to share news of this transformative gift with our founder, Wharton Esherick’s son-in-law Bob Bascom, just weeks before his death, was one of the most profound moments of my life. This gift not only stabilizes the Museum at a difficult moment, but also secures Bob’s vision to preserve Esherick’s Studio for future generations while expanding our site to make it not just the story of a place in the history of American craft, but a more complete picture of an artful life, well-lived.”

“We have known for some time that we wanted to deepen the visitor experience here, but we never imagined we’d be able to embark on that vision any time soon, especially with the constraints of the pandemic affecting cultural institutions so profoundly. This gift is almost inconceivable for a museum of our size, and allows us, unexpectedly, to dream bigger.”